It has been over two months since I resigned from my job as QA in a company located in Pasig. People change jobs as they see fit to move to another company for some reason: greener pasture and hopefully a better place to work for.

So I joined a another BPO company located in Taguig City. It is for a pioneering account that provide support to a streaming service which was launched in the United States. I am hopefull that it will launch in the Philippines by June 2020 or earlier. 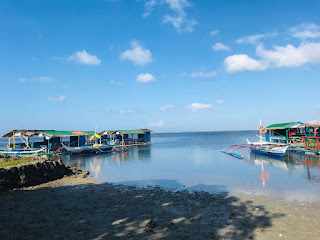 The date February 17th came and we have our team outing for the first time in Calatagan, Batangas. Around 4-5 travel time from Taguig City. This should solidify the team members by knowing each other, group games, swimming, team lunch, etc. Everyone of us is happy of course. A special mention to Ace, our teammate who was not able to attend due to some reason. 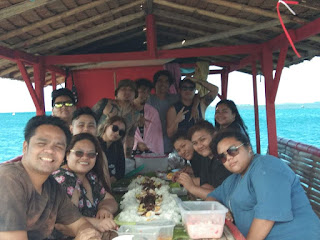 Moving forward to another team outing again. The last time I visit the sea was around April 2016 when I was working for a company under market research industry. That was in Nasugbu, Batangas. 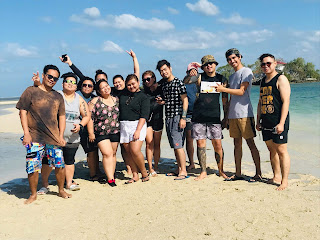 Keep from the ashes 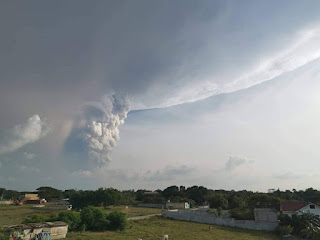 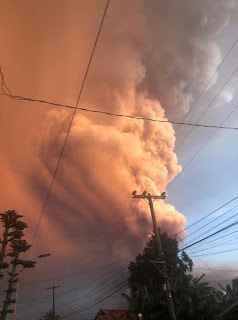 Photos not mine but from workmates. Keep safe everyone who is affected for the explotion of Taal Volcano.
Ipinaskil ni Gerry Yabes sa 9:26:00 AM No comments: Links

As we celebrate Buwan ng Wika annually, this year's theme: Wikang Katutubo: Tungo sa Isang Bansang Filipino. But the Philippines as a nation will never be a nation without its former colonizers, namely: Spain and the United States. Without them, we don't have our own languages, too. I sympathize my fellow countrymen whenever they feel that Filipino (based in Tagalog), declared as the national language, is a product of imperial Manila. Despising more than the majority of Filipinos who don't speak it. As it kills other regional languages as some were forced to speak Tagalog to the extent that their local languages were put to lesser value.

I prefer to remove the term national language. And promote English and Spanish languages in the Philippines instead. There are benefits and advantages of promoting these languages.

English
Speaking English with fluency makes one more competitive in the world. And more than the majority of Filipinos speak English fluently. English is our language.

Spanish
We as people of the Philippines should study Spanish language to keep our minds active. Doing so, will also help understand and study our history. It is our language, too. It must be recognized as our own. As there are still Spanish-speakers in our country.