Until we see each other again

I heard his voice on the radio airwaves sometime in year 2000 to 2001 when I was in my fourth year high school days. Searching for truth in religion and about the bible. Eventually, I was baptized in 2002 in the church and keep continuing today. God-willing, come March 12th, will be my 19th year in the church.

I met Bro. Eli personally when he was able to visit a Pasalamat celebration with fellow brethren in Isabela province sometime in late 2005. The venue was F.L. Dy Coliseum in Cauayan City, Isabela. That's before he finally go out of the Philippines due to some issues being perpetuated by detractors. 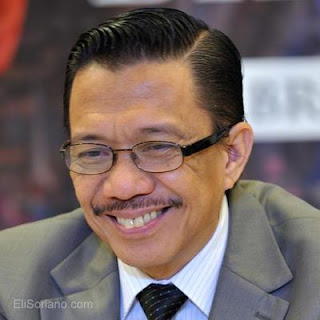 In 2009-2010, I became one of the recipients of the newly-launch tuition-free program of La Verdad Christian College in Apalit, Pampanga. I took AB Broadcasting, an undergraduate program. Although I was not able to complete the program, I feel lucky enough to part of this noble program. The program still runs until today, including the Caloocan campus in Metro Manila.

Email ThisBlogThis!Share to TwitterShare to FacebookShare to Pinterest
Labels: Religion